The Johari window model is a way of helping us to build better relationships by understanding ourselves and others. It helps us to see how we impact others and how others impact us.

The Johari window model was created in 1955 by Joseph Luft and Harrington Ingham and the name of the model is a combination of their first names.

Johari window is a 4 box model that is created using 2 groups. These are: 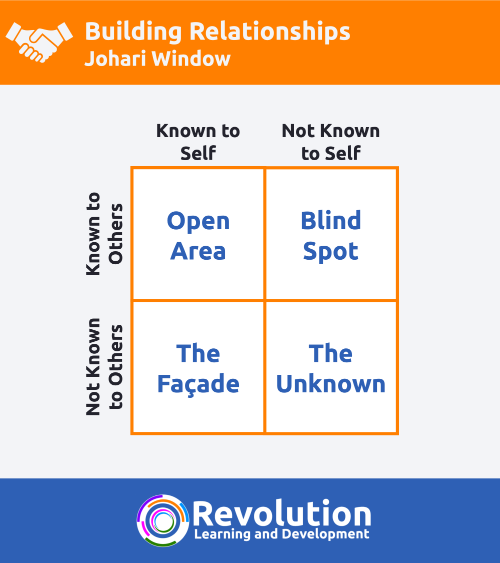 The model then breaks these down into 4 areas or statements:

When these are placed around the grid, they create the 4 box model that you can see in the image above.

The language that is used in the model is ‘things’ – for example, things that are known to self. Things could be anything such as skills, knowledge, experience, feelings, emotions, values – just about anything that makes us who we are.

Known to Self and Known to Others

The top-left box of the Johari window model are things that are known to self and are known to others. This area is known as the Open Area – sometimes known as ‘the Arena’.

This box describes the things in a relationship between you and another that have been discussed.

The suggestion is that the more things that sit in the open area, the stronger the relationship will be.

The top-right box of the Johari window model are things that are not known to self but are known to others. This area is known as the Blind Spot or Blind Area.

This box represents the things that other people know about you but has decided not to share. For example, there may be a particular behaviour that you demonstrate that someone doesn’t like or gets annoyed by, but they haven’t told you or given you feedback about this.

There might be something that you have done incorrectly but again the person has decided not to tell you about this.

When things sit in the blind area and we don’t know about them, as far as we are concerned, those things don’t exist. But, they may be affecting the relationship between you and someone else as there is a good chance they are treating you differently from how they normally would.

Known to Self But Not Known to Others

The bottom-left box of the Johari window model are things that are known to self but not known to others. This box is called the Façade or sometimes called the Hidden Area.

These are things that we choose to keep to ourselves and not share with other people.

For example, we may know that we lack a particular skill that is required to carry out a task but we choose not to share that. We may have even lied about this and told others that we do possess this skill.

When we keep things in the façade we can get caught out.

This is especially true when we are asked to carry out things that require the skills we are hiding that we don’t have or something triggers an emotional feeling that we are holding because of a situation that is happening in our lives.

If someone knows you well enough, they likely already know that that you are hiding something as when we hold things in the hidden area, it can influence our behaviour.

Sigmund Freud once said that ‘we leak the truth from every pore’. This means that despite our best efforts to hide things, we still give away clues that something is wrong.

'We leak the truth from every pore' - Sigmund Freud. This means that despite our best efforts to hide things, we still give away clues that something is wrong. Click To Tweet

The bottom-right box in the Johari window model are things that are not known to self and not known to others. This area is called the Unknown.

This box represents all of the things that you and others have not yet experienced so can’t say for sure where else in the grid they sit.

For example, a particular scenario has yet to present itself and this means that you don’t know if you can deal with it or if you have the skills.

Others have yet to witness this so they are unable to place things into the blind area or into the open area and of course, you don’t know yet what you will choose to share or not share.

The Purpose of the Johari Window Model

The main idea of the Johari window model is to imaging the large outer square of the model cannot change its size, but the boxes within it can. If one box grows, the others have to shrink so everything still fits.

The Johari window works both ways – we should look at this from our point of view, but also consider how we can help others to increase the size of their open areas too.

You can learn more about providing constructive feedback by reading the article What is Constructive Feedback.

To reduce the unknown, you simply need to try new things or step into those situations that you have maybe stayed away from in the past. We don’t know what we don’t know. If we never try, we’ll never know.

When your unknown area reduces, the hidden, blind and open areas increase. We then need to follow the steps above to begin reducing the blind and hidden areas to move more things into the open.

If you would like to learn more about Johari window and building effective relationships, take a look at our Personal Development Training Courses for more details. 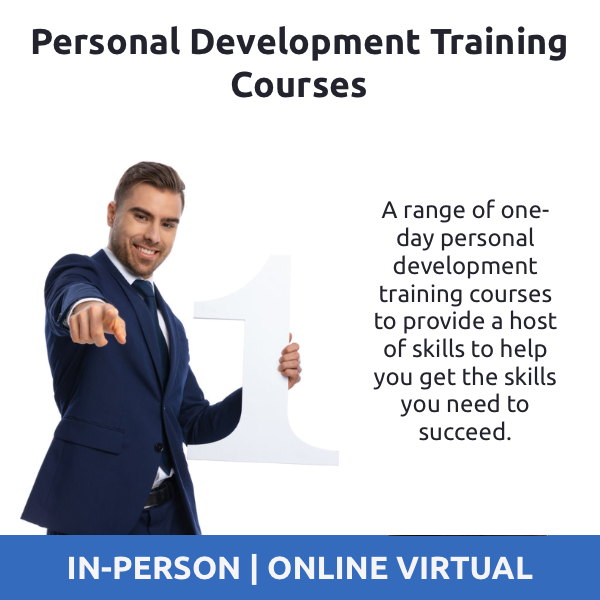