What is an Effective Team?

In this article
You are here:
Estimated reading time: 2 min

This article looks deeper into the question of what is an effective team.

What is a Team

Before we look deeper at the question of what is an effective team, we should start with what is a team?

Definition of a Team: A team is a group of people that work together to achieve a common goal.

This definition means that a team is a group of individuals who all collectively understand what needs to be achieved and all members of the team a willing and motivated to move towards it.

A team will have a leader or manager whose job it is to set the direction, describe the goal or goals and provide the right guidance, support, tools support and motivation for the team to move in the right direction.

Teams have cohesion in that they are not just a group of individuals trying to move in different directions or jostle for power and control. It is true that this will naturally happen, but for a team to become an effective team, they must have moved past this stage.

What is an Effective Team?

Effective teams have cohesion and are working seamlessly and in unison together. They work together towards the goal or goals that are required of them under the guidance of their leader.

The Characteristics of an Effective Team

When we look at the question of what is an effective team, we have to wonder how they actually got there. Effective teams have gone through some predictable stages of team development. These stages were summed up by Bruce Tuckman in 1965 when he described his Team Lifecycle model. These stages were:

You can read more about the Team Lifecycle model by reading our Tuckman's Team Development Lifecycle Model article.

Was this article helpful?
Like 0 Dislike 0
Views: 11
Facebook0Tweet0Pin0LinkedIn0
You are free to use the content published in the Revolution Learning and Development Articles Hub providing copyright is acknowledged and a reference and link is included to where you found the content. Content may not be republished or sold at any value without express written permission from Revolution Learning and Development Ltd.
In this article 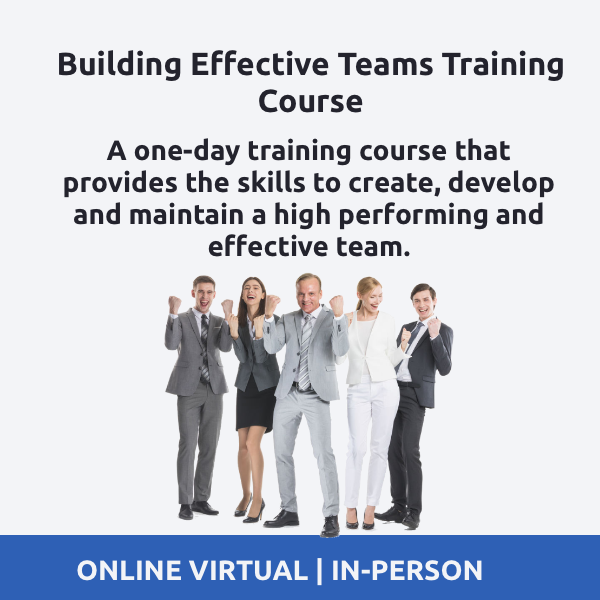