How to Respond to Negative Feedback and Situations 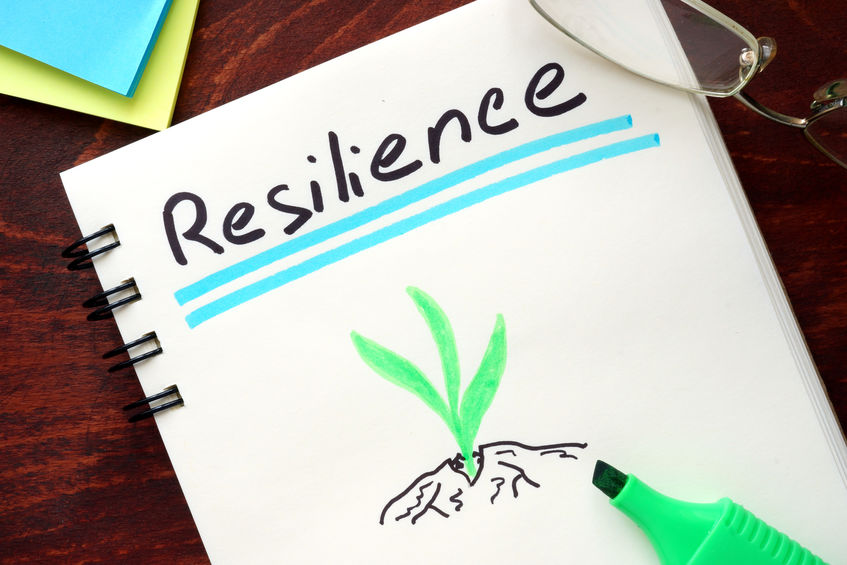 It's David here from Revolution Learning.

Over these past few days have been running a number of workshops on the subject of health and well being and, one of the subjects that are included in those workshops is resilience and how resilient are we.

It has been really interesting because a number of conversations have cropped up in those courses and we talked through a number of different examples about how things have impacted our own lives.  Lots of examples from the delegates and one from me too. This prompted me to think about one very recent situation that happened to me which I'm going to share with you in just a few moments.

These conversations were mainly based on our responses to feedback. So, when somebody provides us with a piece of feedback how does it make us feel, what do we do with it and how do we move on from it. This is the most important thing when we receive feedback, particularly negative feedback.

It's really interesting how it impacts us and how it makes us feel. Not just at that time. but for the long term afterwards too.

Quite recently I've attended a number of courses with Tony Robbins and in each of those courses, Robbins mentions this particular quote that always resonates with me and sits around this area. That quote is "where focus goes energy flows". What he means by this is, if we become so hyper-focused on one particular thing and, especially if that thing is negative, then all of our energy then becomes negative.

How many times do you think you've received a piece of feedback or something has happened in your life, for example, you didn't win that piece of work or a decision didn't go your way? How much time did you spend focusing on the fact that it didn't happen or it didn't work? This is quite interesting and is what those conversations we had in those courses were about.

What I wanted to share with you today is, to really begin to think about how do you respond to negative feedback, when decisions don't go your way or you don't get the things that you want.

Here's an example for you and this is a real story. Mid 2019, well before COVID-19 hit, my team and I began to dabble in some online learning. We wanted to produce some really simple eLearning modules that we could give away for free as a support element for our paid programmes. They were never intended to be offered for sale. Around that time I got invited to go and pitch for a piece of work with a client. We had lots of conversations on the telephone prior to this happening and they said they would let me know the date of when they wanted me to go and do the pitch. They called me and asked if I could go the next day. This was after almost a week of hearing nothing from them and, they couldn't fit me in any other time, so if I didn't go I had no opportunity to pitch for that work. So I agreed. I felt that I had enough information from the previous conversations to be able to put this pitch together and, my journey to the location was going to be 3 or 4 hours by train, so I also had that time to be able to pull all of this together. I checked before we ended the conversation to ask what else they wanted me to bring and their answer was to just prepare a pitch around the stuff that we have spoken about.

I arrived at this location with my presentation and all ready to go and they apologised for the short notice. I made a comment like 'it's okay, though it was a very short amount of time to prepare, I feel as though I've got everything together. Then they told me that the brief had changed. Originally, all of this work was going to be face to face sessions. They now wanted almost 50% of this to be eLearning.

I was honest at that point and said we don't do e-learning but I can sub-contract it out to somebody. There's always an option of how we can do this, but it's not something that we have the expertise in right now.

I felt that the meeting went pretty well. I presented the pitch and I talked about where we could bring the eLearning in. Four days later I got an email from them with the most un-constructive piece of feedback that I had ever received. Three or four paragraphs on the whole saying I didn't prepare, therefore I was unprofessional. And, I didn't have a positive enough response to the changes to their plans.

I quickly looked back at my performance in that meeting and I couldn't quite understand where the feedback came from. It must have been the way that I delivered one of those comments about the short amount of time and that we didn't do eLearning.

The feedback was really un-constructive and, it's at that point where my mechanism if you want to call it that, kicked in about how I respond to these things.

Years ago I would have been so hyper-focused on the fact that I didn't win the work and the feedback that was delivered. This time around I replied back with 'thank you for the feedback, it was great to meet you'. This is a mechanism that I've developed over the years that I think has become such an important part of how successful our businesses has become and how efficient and effective I think that I am and my team is in the work that we do.

I pretty much have two responses to these things for example when we don't win work or the rare occasions when we get negative feedback, and that is response one! It's what my team now call my 'it is what it is' response. When things like this happen I tend to say 'it is what it is.  We didn't win it, we need to move on'.

If we dwell too much on the fact that things don't go our way, that's really going to impact on our ability to do other things. Find a way to move on. Click To Tweet

My response in the above scenario was another response that I tend to do in private. I guess you can call it my 'I'll show you' response or 'I'll prove you wrong 'response. Immediately after I sent that email back to say thank you for the feedback, I got my team together and said we need to relook at this eLearning stuff. We need to get it out there and we need to do a really good job. After that, we developed eLearning modules and we brought in online virtual learning. We put an entire package together really quickly after that and we pushed it out as a payable product. The feedback that we got was exceptional.

It's almost like I wanted to say look at 'what we're doing. We could have done this if you had given us the chance to work with you'. I wanted to prove that actually, we could do eLearning

That stood us in really good stead because we had all of that in place in September/October 2019 January 2021, Covid-19 happened and we were all ready to go with online learning.

When somebody gives you negative feedback or things don't go your way, if you choose to spend the time looking back at the fact that it didn't happen, it is much more likely that you begin to generate negative energy. You need to find a to accept that it's happened and then move on. You don't have to agree with it, but pick a decision! Pick a way to move forward. Don't dwell on the fact that it happened. Question it if the feedback wasn't clear, but don't get into an argument. Don't defend your position. Just say thanks, then just move on.

Pick positive momentum over negative reactions. This way you apply more energy to the next thing you do. Click To Tweet

You might even choose to roll your eyes and say 'yeah whatever'. It's not the most positive response, but at least it's a decision that you've taken to move on. Think forward momentum and remember that term by Tony Robbins - "where focus goes, energy flows". If you focus on the negative then you're going to feel negative and generate negative energy, which is what you don't want. Find ways to create forward momentum and move on positively.

I hope you find that useful and I look forward to seeing you next time. 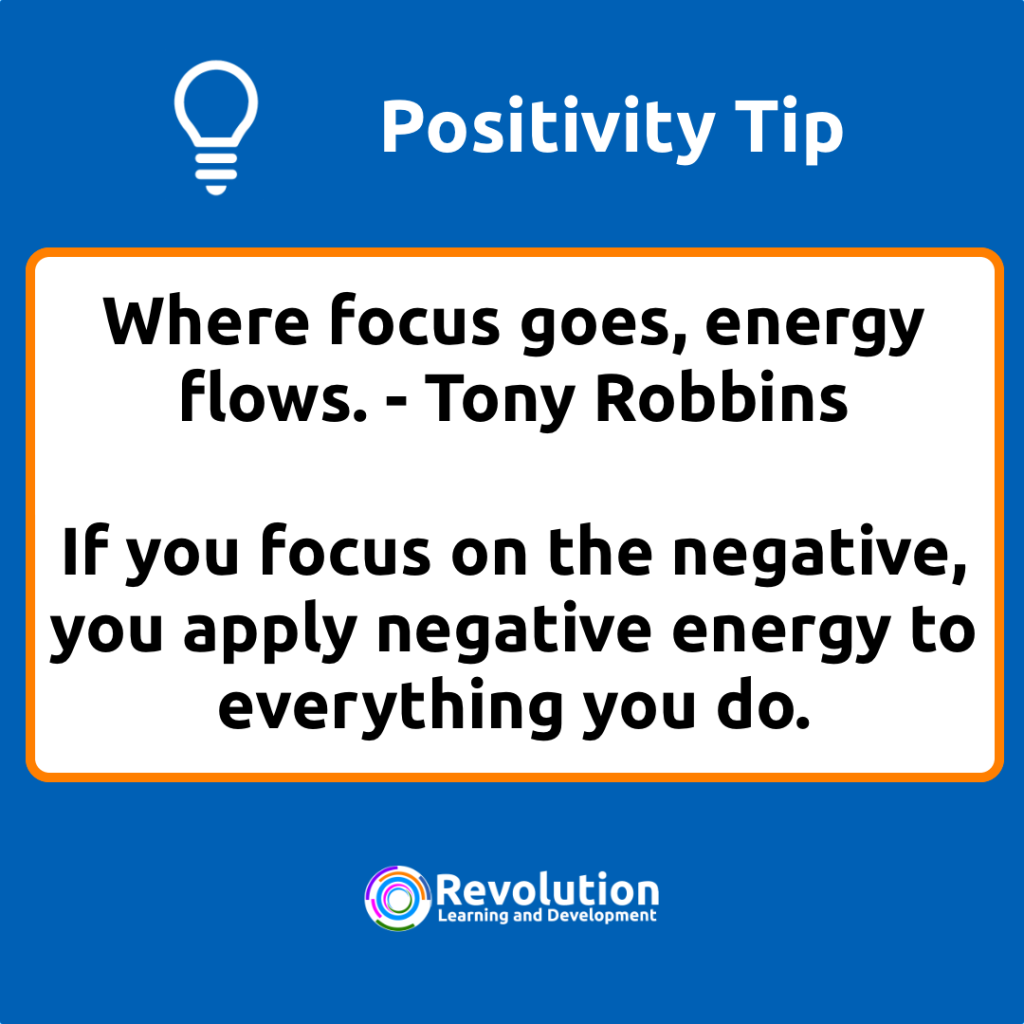 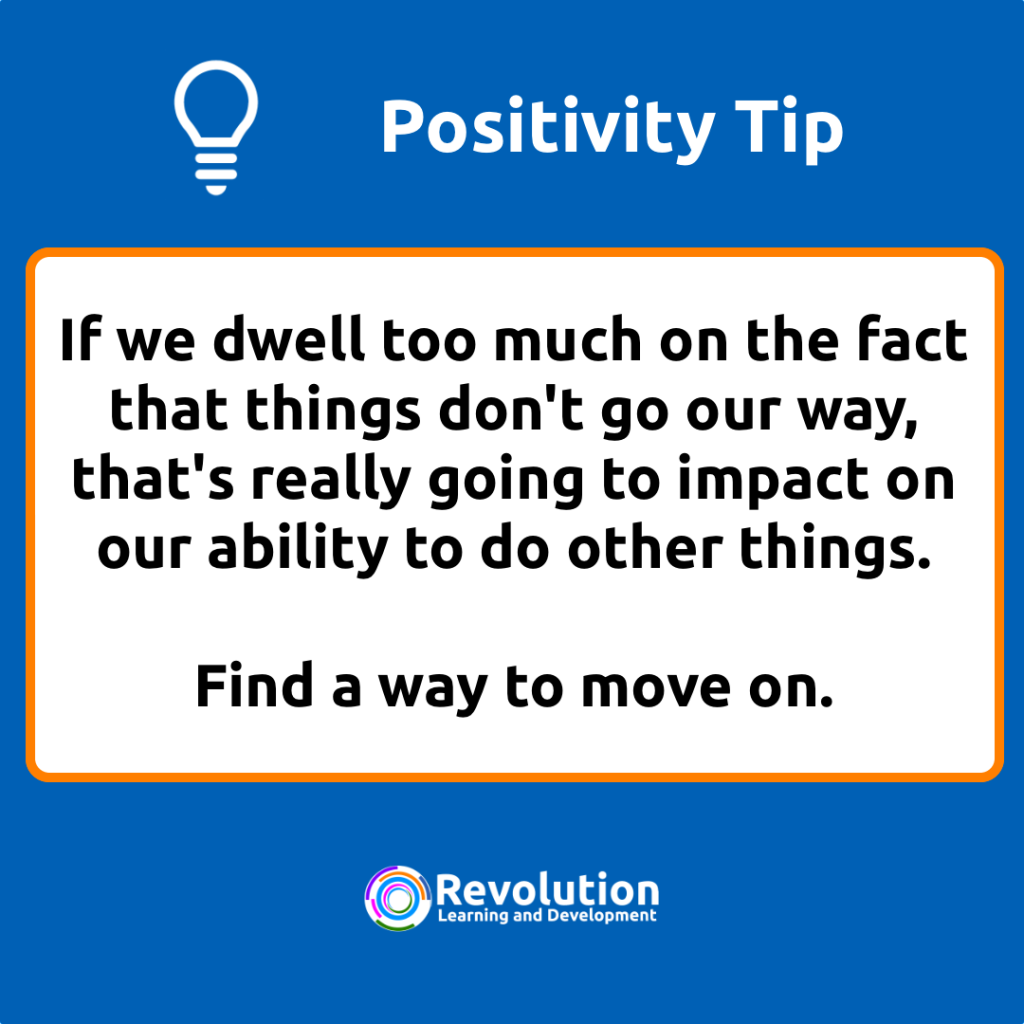 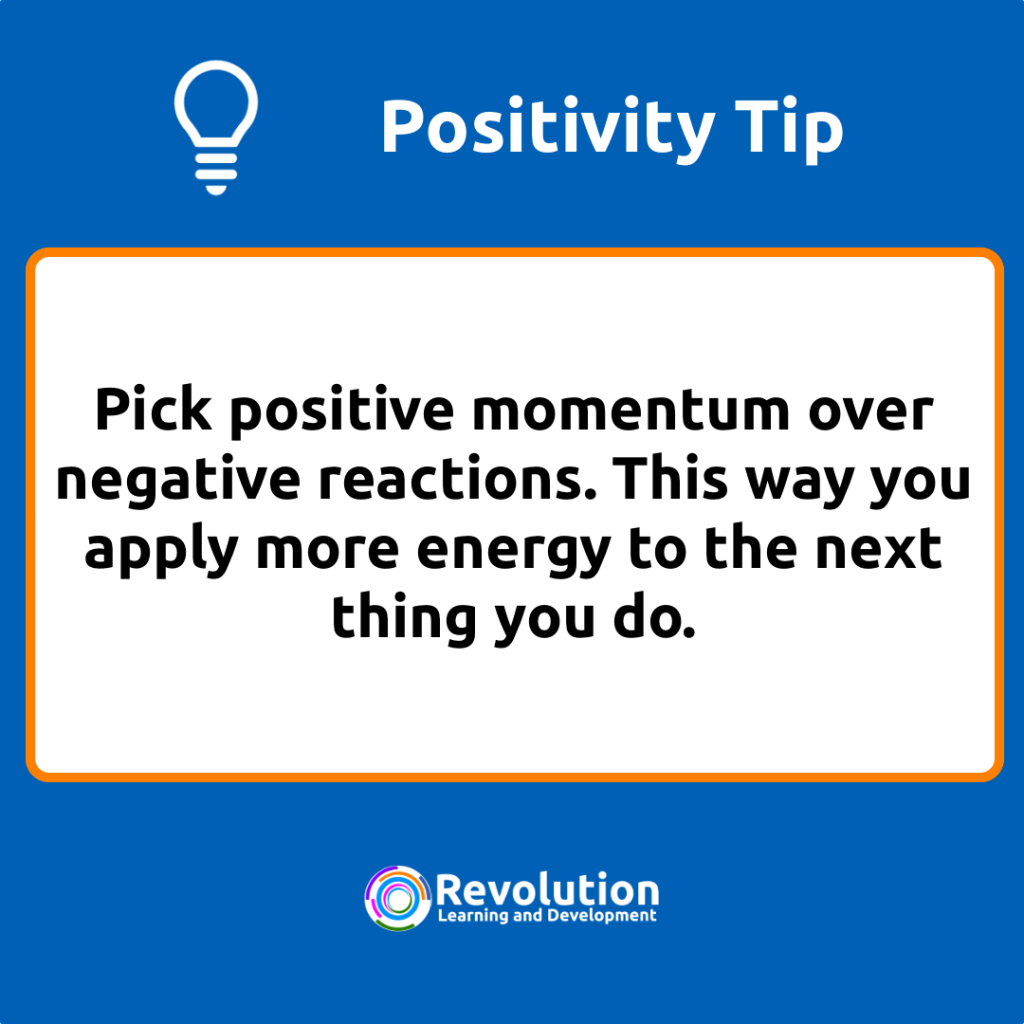 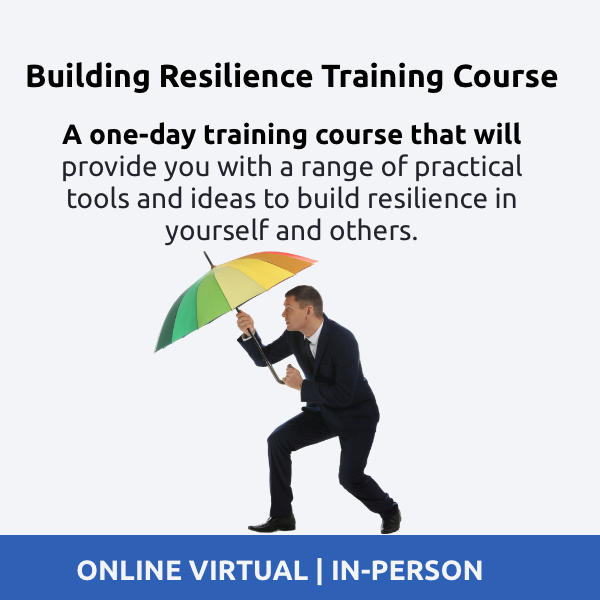 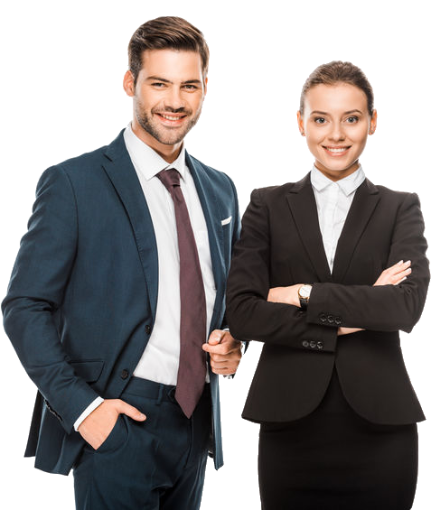 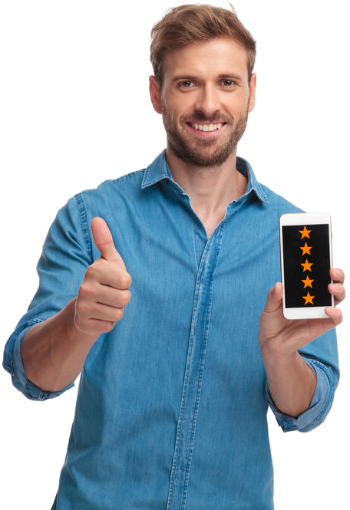 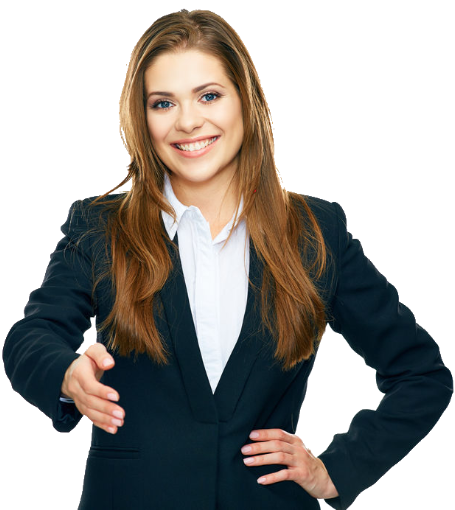 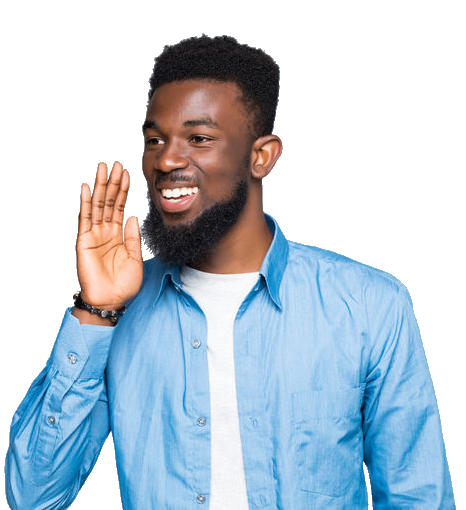 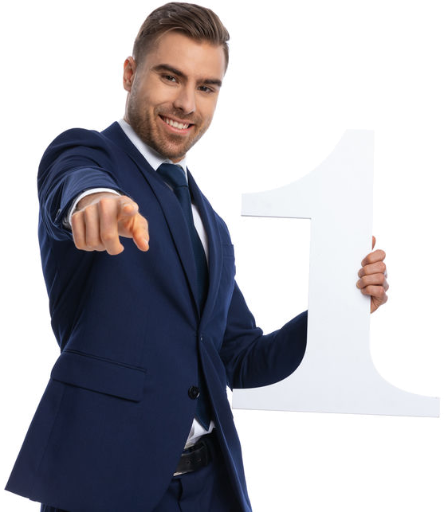 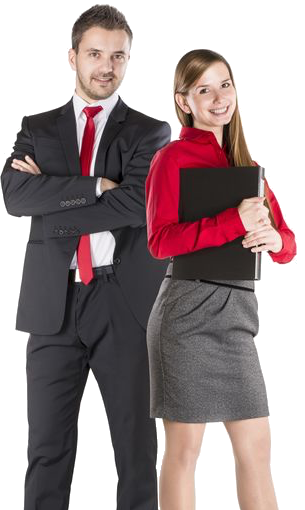